All the AMP coaches are back this season, and we’re welcoming some new ones too! 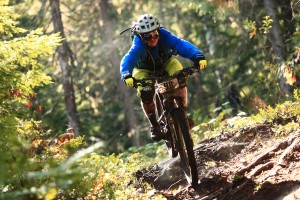 Kevin Eaton: AMP Head Coach
Kevin has been an avid mountain biker for over 20 years. Growing up in Nova Scotia he competed in cross-country and downhill racing as well as being involved in event organization and mountain bike officiating. Cycling and snowboarding drew him to the Bow Valley in 1997. Since then he has coached a number of youth mountain bike programs in Banff and has been coaching for RMCC for 6 years. In addition to his mountain bike coaching experience, Kevin has 20 years experience coaching / instructing full-time in the ski & snowboard industry, including certifying some of Canada’s top snowboard instructors.

Inspired by RMCC youth riders, he rekindled a passion for racing in 2014 and raced the Kootenay Rockies Enduro Series finishing 3rd overall in the masters category and 2nd overall in 2015.
“I love sharing the passion of riding bikes with riders of all ages and abilities.” 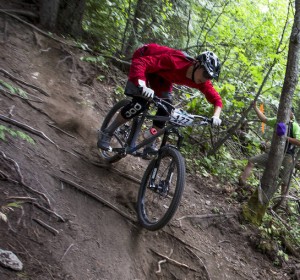 Matt Monod: AMP High Performance Coach
Matt grew up in Canmore, riding all over “the dark side of the valley” and feels very fortunate to have grown up in a town with such central trail access.  Matt races extensively on the Downhill and Enduro circuits, and bases training out of Canmore and Panorama. He manages the Ski Race department at the family shop (Monod Sports) and also runs Matt & Friends, a camp and clinic business for local riders throughout the drier months. Matt is super-stoked to join the RMCC coaching crew for the 2016 season! 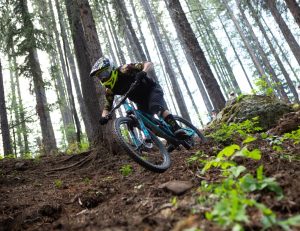 Sylvain is a proud father of two daughters who balances a busy work schedule as a red seal journeyman carpenter and family life to coach for RMCC. His passion for riding bikes and playing in the outdoors is highly infectious! In addition to coaching for RMCC since 2012, Sylvain has coached for the Mount Royal University mountain bike program. He has competed in multiple 24-Hours of Adrenaline events and other  mountain bike races.
“I just love being on my bike and feeling like I am a kid again!” 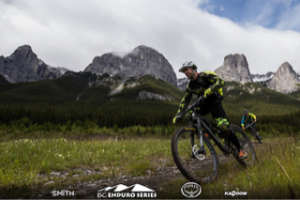 Jeff Amirault
Jeff has been an avid mountain bike rider since 2000, when he moved to the Bow Valley from Nova Scotia. Although rock climbing was the original reason for the move, he quickly bought a hardtail mountain bike and fell in love with exploring all of the trails in the area. In the early days, it was mostly cross-country riding as well as several races.It didn’t take long to realize that descending was where the most fun was!
These days, coaching seasons consist of lots of days riding trails, several lift riding downhill
days, and regular play sessions of wheelies, manuals and wherever imagination takes the
session. His son, Hudson, is also along for a lot of those days, and is developing into a solid
young ripper!
Watching others improve their riding has always been a highlight of each spring / summer, since
he started with RMCC in 2010. Most years, coaching a mix of youth and adult programs.
‘Let’s play on bikes!’
Certifications: 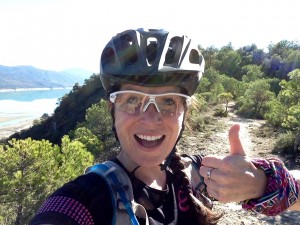 Alana Thomas
Alana has been in love with biking since she was a little kid, it was a Thomas family staple! She ditched the training wheels on her 4th birthday to prove to her dad that she needed a new bike. A few years later, Alana’s parents put her and her brother in a summer of BMX racing, and she got into mountain bike racing in 1998. Alana did a fun mix of mountain biking and xc ski racing through high school in Ontario before deciding to focus on skiing through university and for a few years after that … which is what brought Alana to Canmore. The awesome guys at Outside Bike & Ski welcomed Alana into Canmore’s bike scene while she was “still a nordic dork” and have since brainwashed her to love enduro-style riding more than anything in the world! Alana is looking forward to being involved with AMP this year and racing in several BC Enduro Series races and the Enduro World Series in Colorado. 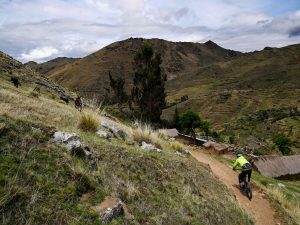 Michael Mackie
Having grown up in Canmore, with the Nordic Centre trails right out his front door, it was no surprise that Michael’s interest for biking came at a very young age. As a former professional skier, Michael used road, cross-country, and downhill biking as a way of staying fit throughout the summer. After retiring from ski racing, Michael went on to coach the Montana State University ski team and periodically coached local teams throughout the years. Now Michael spends as much time as possible on his bike and competes in Enduro races throughout BC and Alberta whenever he can. His love for riding and the outdoors makes him excited to be a part of the AMP team for this upcoming summer! 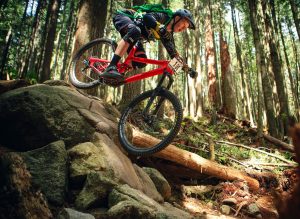 Wyatt was born and raised in Canmore.  He started mountain biking the trails of Canmore with training wheels still on at the age of 5.  He has grown up and become an avid enduro bike racer with RMCC, cycling through summer programs, camps, race training and now coaching.  Wyatt has raced in the BC Enduro and EWS race series in Canada and abroad, including the world famous MegaAvalanche race in France in 2015.  This will be Wyatt’s 3nd year coaching with RMCC.  In addition to bike coaching, Wyatt works full time as ski patrol at Sunshine Village.

Calling our amazing parents and volunteers, we need your help! There are lots of volunteer positions available throughout the weekend to help make this race happen. ⁠⁠Be in the middle of the action of 3 different races:⁠-Downtown Canmore Criterium⁠-Silvertip Hill Climb⁠-Sunday's Road Race⁠⁠June 4&5⁠volunteersignup.org/DMQLX ... See MoreSee Less

Is anyone from the Club planning to race in the Peloton Criterium Weekend? The provincial championship is on Saturday the 28th. ... See MoreSee Less

Ziggy Gnarly is back July 16-17 at the Canmore Nor

Calling our amazing parents and volunteers, we nee

Breaking News! @EastonCycling has joined forces with the Rundle Mountain Cycling Club and is now the title sponsor of the Cyclocross Race. Drie Zussen Superprestige presented by Easton Cycling!

Whether you’re nuts about riding or nuts about bolts, we’re hosting bike enthusiasts looking to experience a weekend of good rides and good times. Cyclocross 2021 runs September 25th-26th! Riders can register at https://zone4.ca/register.asp?id=26618&lan=1&cartlevel=1 and volunteers at https://volunteersignup.org/M3WDH