We have an awesome crew of inspiring coaches joining us this season to lead our Rampage programs! 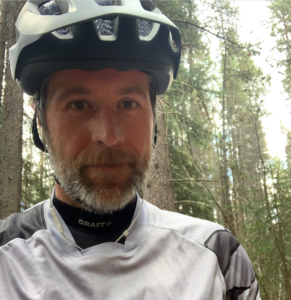 RMCC is stoked to have expert rider and coach Ryan Draper join us once again this season! Ryan has coached RMCC adult and youth programs since 2016, and took over the Rampage Program as Head Coach in 2017. Ryan’s vast racing experience and successes range from 7-day stage races around the world to 24-hour solo events. Ryan says of these years of racing that “lessons were learned and adversity was plentiful” and he is eager to work with developing athletes to share his extensive knowledge and know-how in the sport of cycling. Sharing his passion for the sport and making it accessible to other riders is his mission. Ryan is well-versed in all forms of cycling, including cross-country, all mountain, road, touring, cyclocross, triathlon, and fat biking. Ryan is the General Manager of Canmore’s Rebound Cycle and Owner/Head Coach of Cycling-101. He brings a ton of experience in bike fitting, bike technology, training plan development, injury prevention, and helping riders realize their potential to the program. 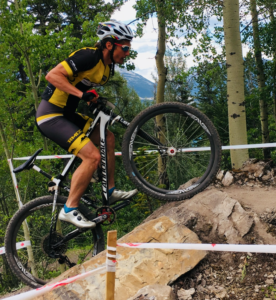 Ian has been involved with the RMCC since 2011.  He previously coached the RMCC Junior Race Program in the summer of 2012 with a number of the athletes graduating to race professionally.

Ian’s racing experience in cycling is diverse spanning the disciplines of MTB XCO, 6 day stage races, 6 hour & 24 hour team events, Downhill, Road and Cyclocross.  He greatest success has been in Olympic distance events (XCO) and has been one of the faster racers in Canada the past two seasons.

His education highlights include many courses at the Competition Development level at the University of Calgary National Coaching Institute.  Ian has a degree in Physics from the Universisty of Waterloo. 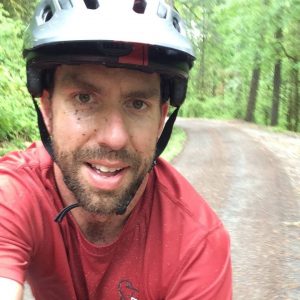 Nathan grew up on the shores of Lake Superior and made the move to the Bow Valley in 2005.  He grew up glued to his BMX and made the transition to mountain biking in the early 2000s.  Since then Nathan eventually grew his passion for riding into a career working with Rebound Cycle in Canmore Alberta.  Watching others discover what a properly set up bike can do for them, and seeing the smiles on their faces afterwards is what continues to fuel his love for cycling, and the community.  When not working as a Real Estate agent, or at Rebound, Nathan loves to go west and ride all over the BC interior and shore.  Nathan joined the RMCC coaching team in 2017 as a U13 coach for the Youth Revolution. He is very excited to bring all his industry knowledge and experience to the RMCC Rampage program in 2018.

Hugh grew up in 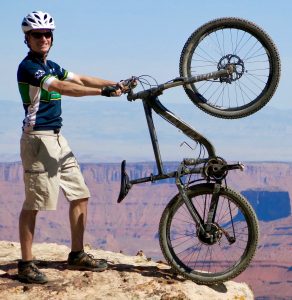 RMCC is very excited to have Catherine Vipond join our coaching roster this season! Catherine’s cross-country mountain bike racing highlights include representing Canada at four World Championships, winning the 2011 Canada Cup Series and earning the title internationally as 4th ranked Canadian in the same year. Catherine eagerly shares her expertise and love of mountain biking with all levels of riders coaching in both RMCC’s women’s and Rampage program, sharing her mountain bike skills and knowledge and inspiring the next generation of riders. 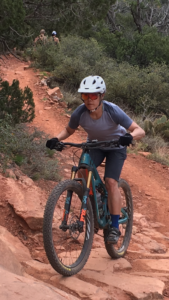 RMCC is please to have Janet Lee join our Rampage team this year. Janet comes from a competitive sport background (Varsity and National team level).  She fell into mountain biking when she started adventure racing in Ontario.  She moved to Fernie, BC in 2008 and was exposed to amazing trails and an inclusive mountain bike community.  She has raced cross country mountain biking as well as doing mountain bike/ trail running duathlons. When she’s not doing her day job as an occupational therapist, she can be found discovering new trails, developing her own skills, techniques and fitness to ride more technical terrain.  She has been a mountain bike guide with Sacred Rides, coached youth and women mountain biking in Fernie, BC, and is thrilled to joining the Rampage coaching team to help teach and inspire the next generation of youth riders. 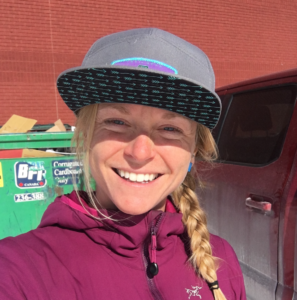 Krista grew up in Ontario and began mountain biking very reluctantly with her Dad at the age of 13. She dropped it shortly after and took up triathlons following university. Moving to the Bow Valley in 2015, she rediscovered a love for trails and the mountains. The triathlons became XTERRAs, and XTERRAs became cross country and enduro mountain biking. She now races primarily enduro and was on the podium at each race in her 2019 season, culminating in winning her category at Canadian Championships. In the winter, Krista coaches curling and spends most of her free time backcountry skiing and exploring the Rocky Mountains around Canmore.

Well that’s a wrap for our fall @amp.enduro program. Sooo many good times, skills learned, & friends made!! Let’s do it again next spring🤘🤘Mega shout out to all the coaches who helped the good times roll into #alltimefalltime 🔥🔥 ...

“Usually I’m super in the moment ... I want to be the best, so that’s what definitely motivated me,” said U21 downhill mountain biker Jack Menzies. “But I struggled this year with COVID. I was looking for that purpose to train and what not.”
View on Facebook
·Share

Hello RMCC and get ready for a great online gear s

Hello RMCC and get ready for a great online gear sample sale that will benefit junior programs as a 2020 fundraiser!

Our friends at Newtown Sales https://www.newtownsales.ca are offering the club 48 hour online… https://www.instagram.com/p/CDMsuCEJ-Di/?igshid=2d7muox00nnd

Let's roll on our bike wheels again in small safe groups! Coach to youth athlete ratios are limited to 1:6 and 1:8 to keep respectful distancing and enable track and trace protocols.