We have an amazing crew of riders on our women’s program coaching team!

They are passionate about helping you become a better rider … and have a lot of fun along the way! 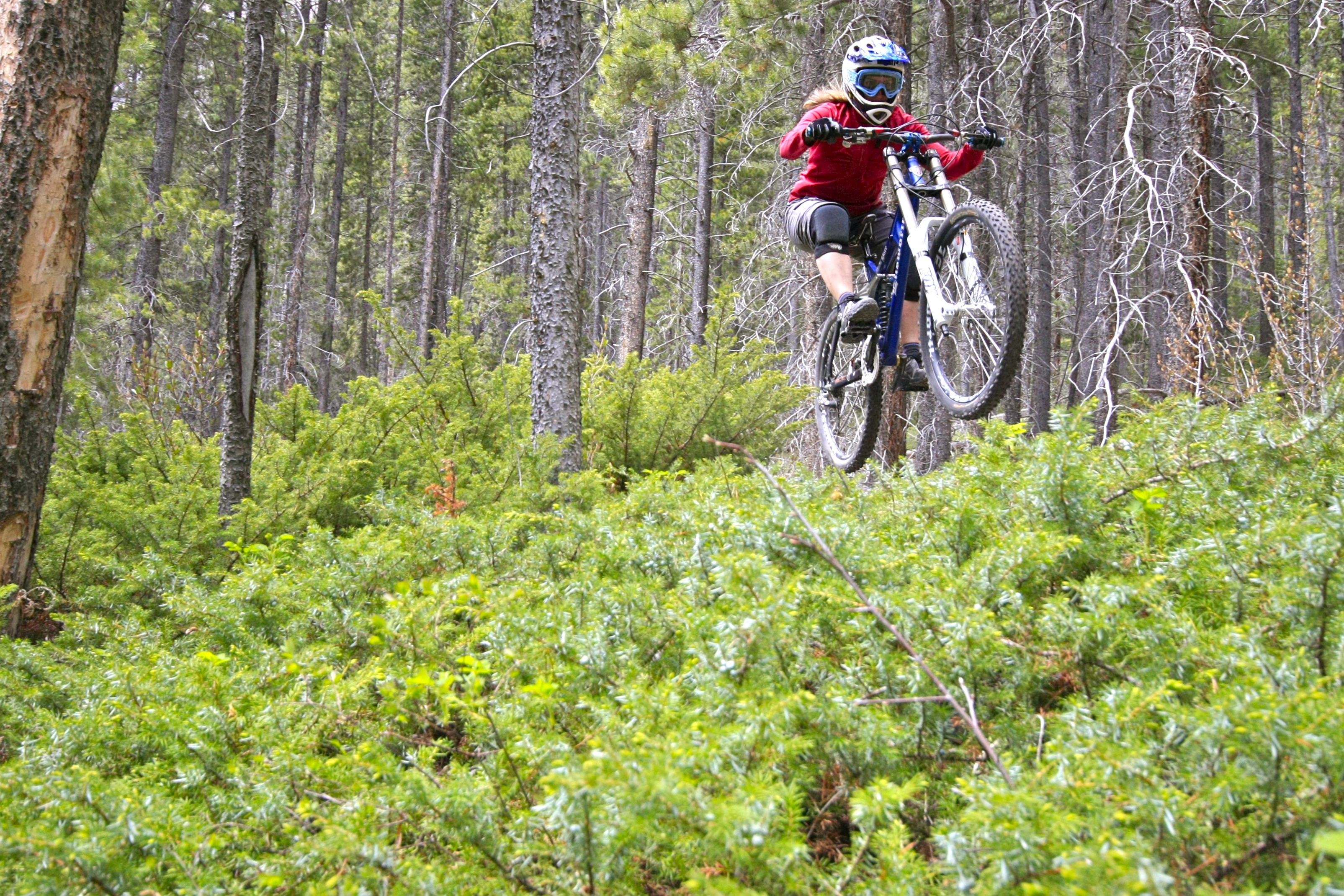 Tracey Gage
Women’s MTB Program Head Coach
Tracey is a dedicated all mountain and downhill MTB rider and veteran coach with RMCC. Tracey is a certified instructor by the Professional Mountain Bike Instructor’s Association (PMBIA) and National Coaching Certification Program (NCCP) as well as an ACMG, OCC and Interpretive Guides Association certified guide and trainer. She teaches and coaches guides and outdoor leaders throughout the mountain west, is an experienced educator and runs a not-for-profit association in Canmore. She has a Bachelor of Education and Wildlife Biology degree so will be sharing her nature expertise with all the ladies she will be riding with out on the trails! Tracey has an amazing skill of helping ladies feel safe and comfortable to try new skills … and have a lot of fun with them in the process! 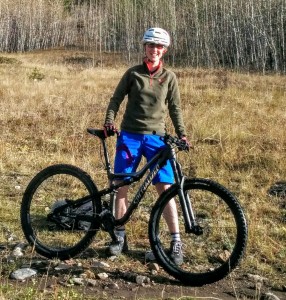 Jenny Burrows
Jenny is an avid mountain sports gal, spending her winters skiing and summers riding, and being mom to her two girls all four seasons! She began coaching while in college in the UK with the regional rock climbing team and later the beginner kayakers. Jenny has been a ski instructor for over 10 years, most of these at the Lake Louise Ski Area. Jenny is passionate about women’s involvement in (and enjoyment of!) outdoor sports, and was named to the Canadian Ski Instructor’s Alliance’s (CSIA) committee for women in skiing. Jenny is the Head Coach for RMCC’s Youth Revolution Program, inspiring the next generation of mountain bikers in the Bow Valley. She is certified with the Professional Mountain Bike Instructor’s Alliance, National Coaching Certification Program, and Interpretive Guide’s Association. Her favourite Bow Valley trails are the Lake Louise Highline (for the views!) and Topp Notch for a fast technical loop right out of her front door. 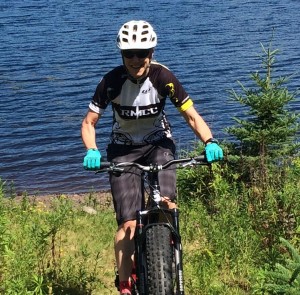 Alex Eaton
Alex has been an avid mountain biker since she moved to Banff from the UK 14 years ago. Her passion for skiing brought her to the Bow Valley and she spent 8 seasons as a full-time instructor at Lake Louise where she gained her CSIA Level 4 certification and was also part of the instructor training team. Before teaching skiing Alex was a Phys Ed teacher and holds numerous coaching qualifications from that role. Alex has coached biking for both the Town of Banff and RMCC in women’s and kids programs and is super excited to share her love of biking again this season. When not on her bike Alex can be found racing around after her two awesome little boys! 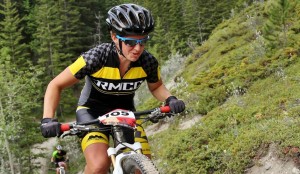 Katy Curtis
Katy has been coaching with RMCC since 2014, primarily as the road coach for the Rampage Junior Race program.  Coming from a mountain biking background, Katy started road riding during university while living in the UK.  Katy has some serious bike skills and an awesome CV of race experience in mountain bike, road, and cyclocross, including a number of top ten finishes at Canada Cup and national level races. When not on a bike, Katy works as an engineer, both in Calgary and in the field. Katy is stoked to be joining the RMCC Women’s MTB Program coaching team this year to get some more ladies hooked on riding too! 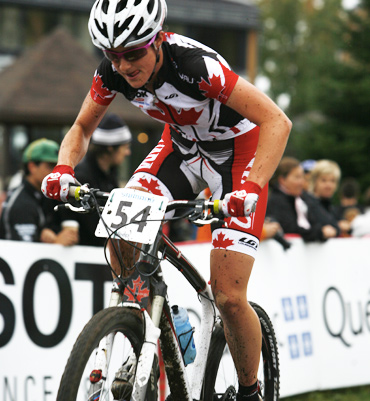 Catherine Vipond
RMCC is very excited to have Catherine Vipond join our coaching roster again this season! Catherine’s cross-country mountain bike racing highlights include representing Canada at four World Championships, winning the 2011 Canada Cup Series and earning the title internationally as 4th ranked Canadian in the same year. Catherine eagerly shares her expertise and love of mountain biking with all levels of riders coaching in both RMCC’s women’s and youth programs. She is certified with the Professional Mountain Bike Instructor’s Association and the Community Cycling Initiative and the Ready to Race! programs of the National Coaching Certification Program (NCCP). She is working towards her Introduction to Competition Certification with NCCP. 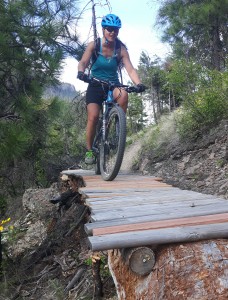 Kris Michiels
Kris has been riding and loving the MTB trails in the Bow Valley for over 10 years and is one of the most dedicated mountain biking gals you will ever meet. Kris is a trained cycling coach through the National Coaching Certification Program (NCCP) and the Professional Mountain Bike Instructor’s Alliance (PMBIA). She works in GIS (geographic information system) in Calgary, so you will never need to worry about getting turned around on a trail when you ride with her! Kris has raced at sport level in various cross-country races in Alberta, BC and New Zealand, including the 24-Hours of Adrenaline, Salty Dog, and Rainbow Rage. She is in her second season of coaching with RMCC, and is looking forward to getting more girls hooked on riding! 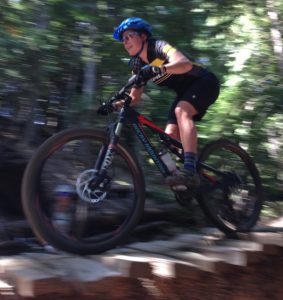 Clare McCann
Clare’s passion is anything to do with riding a bike. Her daily motto is “ride bikes full time, work part time.” She is certified through the National Coaching Certification Program (NCCP) and the Professional Mountain Bike Instructors Association (PMBIA). This will be her 5th season coaching with RMCC and she is pumped to get little people, girls, and women just as excited as she gets to ride a mountain or fat bike!  In addition to coaching, this season, she has taken on the role of Assistant Head Coach for the Spring Revolution. Clare has lived in the mountains (Jasper, Canmore & Banff) for over 14 years and loves to travel the world to ride her many different bicycles in a search for finding more epic trails than in her own backyard. (So far not successful) 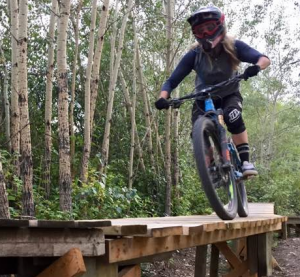 Sonya Pollock
Sonya found her passion for mountain biking when she moved to Canmore in 2013. She got the biking bug after taking part in several women’s mountain bike camps and RMCC’s own women’s programs. Sonya is an avid snowboarder who loves riding rails and jumps and you can see this freestyle influence in her mountain biking. Sonya is certified with Wilderness First Aid, National Coaching Certification Program (NCCP), and Professional Mountain Bike Instructor Association (PMBIA). Sonya is excited to join RMCC’s coaching team this season to get other women stoked on mountain biking. Away from the bike, Sonya is a wildlife biologist and nature enthusiast who has a special passion for bears – so bring your bear spray! 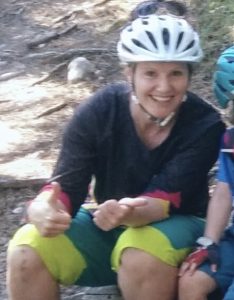 Jennifer Cliff
Jennifer joined the RMCC coaching team last summer, with the Summer Youth Mountain Bike Camps, and we are stoked to have her join the coaching team for the Women’s MTB Program this year! She has a ton of coaching experience as both an alpine ski, snowboard racing coach, and in mountain biking. She has lived in and around the Bow Valley for many years, and aside from riding her bike this summer, she is very excited for her upcoming wedding this year too! She has coaching certifications with  National Coaching Certification Program (NCCP) and Professional Mountain Bike Instructor Association certification (PMBIA) and in her younger and wilder days, raced Red Bull Psychosis!

Well that’s a wrap for our fall @amp.enduro program. Sooo many good times, skills learned, & friends made!! Let’s do it again next spring🤘🤘Mega shout out to all the coaches who helped the good times roll into #alltimefalltime 🔥🔥 ...

“Usually I’m super in the moment ... I want to be the best, so that’s what definitely motivated me,” said U21 downhill mountain biker Jack Menzies. “But I struggled this year with COVID. I was looking for that purpose to train and what not.”
View on Facebook
·Share

Hello RMCC and get ready for a great online gear s

Hello RMCC and get ready for a great online gear sample sale that will benefit junior programs as a 2020 fundraiser!

Our friends at Newtown Sales https://www.newtownsales.ca are offering the club 48 hour online… https://www.instagram.com/p/CDMsuCEJ-Di/?igshid=2d7muox00nnd

Let's roll on our bike wheels again in small safe groups! Coach to youth athlete ratios are limited to 1:6 and 1:8 to keep respectful distancing and enable track and trace protocols.